skip to main | skip to sidebar

Keep Space Only for Governments says the India Times

This is no joyride in The Times of India.

Manned space missions should only be carried out by agencies and professionals whose job it is to study space. It is only they who clearly understand the risks involved. Governments have a moral responsibility to protect their citizens from businesses that have no qualms about selling a potentially hazardous product.

Second, government funded space activity is big, expensive and dangerous because engineering decisions are made for political reasons. Government funded space has become a self justifying jobs program which is not required to actually produce anything and is not designed to actually do so. After 50 years of government funded manned space activity nothing has been done to actually settle and develop space. Not only do we not have Moon bases and space solar power satellites which we could have had if governments had made other choices. Humans have never even grown food in space and cooked it. What could be more basic to settlement, but no government funded manned space program has tried it. I am sure the private companies are planning to once they build permanent structures in space, since plants and animals naturally recycle carbon dioxide and other wastes produced by living humans, in recycling they naturally produce oxygen and food. With launch cost in the thousands of dollars a pound recycling in space is an obvious way to cut costs drastically. Unfortunately governments have never shown real interests in doing so since they are only interested in short term stays of small numbers of people in space.

Forth, Life without risk is not life. Many in the space movement would rather spend ten minutes in zero-gee or with their feet in Lunar or Martian soil then a millennium stuck on Earth. They have the right to spend their money to do that if they choose. It is their money and their life.

Fifth, The India Times seems unaware that the globe has a capitalist economic system. Even Castro has said communism doesn't work. To limit space to the government would assure that space would never be developed and we will never benefit from the vast resources in space.

Using the dangers and expense of government space activity caused by politicians doing engineering for political purposes such as creating jobs in the right congressional districts to justify keeping space only for governments is the most absurd proposition I have ever seen.
Posted by Karen Cramer Shea at 8:56 AM

Great commentary.
I do differ on one point, governments do have a responsibility, but they have a countering duty to promote the general welfare and that includes fostering the growth and development of human civilization.
Governments build infrastructure.
They provide law and stability.
And they have a duty to help enable us to expand outwards into the cosmos, for the betterment of us all.

There will be times when the best way for government to do this, is to get out of the way. 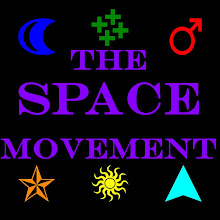